That is a bigger problem than many budding entrepreneurs might realise.

There is a glut of wealthy individuals dabbling in early-stage investing, often for the sake of entertainment, as I described in a past article. Many of them go about their investing without much experience in structuring these deals correctly, the consequences of which can rob an entrepreneur of his or her work.

I got to hear more about this particular venture capital expert’s experience with this particular problem, and how to best avoid it, at a dinner where he was invited to speak.

Since he preferred not to be named in my notes of the gathering, I am, for a change, not mentioning names.

Our dinner speaker on this occasion works at a firm that is currently managing around several billion dollars in investment funds. They are specialised in early-growth “scale-ups” in a handful of major countries around the world. Typically, they are looking to deploy $5m – $25m in their first cheque, with possible follow-on in future rounds.

Strategic planning for future rounds, even if they are years down the road, was the first point he stressed to our dinner table.

“Don’t take money on terms early on that creates difficulties later on.”

Everyone who has been around the early-stage investing scene knows of “clever” angel investors who try to squeeze desperate founders and get as high a percentage stake as possible during the early funding rounds. While that might solve a liquidity problem at the time, it also makes a company un-investable for professional investors in later rounds.

“Don’t take money on terms early on that creates difficulties later on.”

“Ask yourself, what does today’s round look like with the future in mind. Start a couple of rounds further down the road and then work your way back.

“Keep it as founder-friendly as possible. Giving away too much to seed funders leads to problems.”

Obviously, that’s easier said than done when you are running out of money and urgently looking for funding, while also being 100% busy running your actual business and dealing with the challenge of not knowing many potential funders.

He had some advice for that, too.

The good news is, “there is enough money around” and “there are a lot of good investors.”

Because “capital is becoming commoditised,” entrepreneurs can now make use of fundraising opportunities outside of their home market.

E.g., if you are based in the UK (where our dinner took place), you can also look towards “Spain, Israel, Germany, and the Nordic countries – there are good seed investors!”

Because “capital is becoming commoditised,” entrepreneurs can now make use of fundraising opportunities outside of their home market.

Of course, “the best way in is always an introduction.”

However, if your network isn’t broad enough yet to get you these gold-gilded introductions to potential funders, don’t give up.

“Cast the net as wide as you can. Google is your friend. Type “funds in Berlin” into your search engine.”

“Or show up to events where they are.”

“Even if you end up having only a second-degree connection to someone, it bumps you up the list.”

“Investors are also looking. Get a bit of PR and press, and people show up on your doorstep.” (My personal view is that this is one of the most under-estimated, under-utilised ways to broaden your fundraising reach.)

Fundraising is difficult. Most serious funders get several hundred times more proposals than they can fund, which means that if you knock on 100 doors, you’ll probably be turned down at 99 of them. If you aren’t proactive about reaching out into many different directions, chances are you are not going to succeed with your fundraising plans.

What sort of funder should you be looking for?

A rich, but inexperienced and lazy angel investor is one of the less desirable funders you can find.

What you want to find is someone who:

“Series A funders have to be there to help you fix things. Series A, B and C funders should be very helpful. E.g., help you with interviews so that you can hire rock stars!”

“Screen your funders by being honest. Tell them what problem you need to solve tomorrow.”

“Investors want to build a partnership. They want to be there for you. It’s a one-decade relationship.”

But also keep in mind that professional investors will have stringent requirements, and will be very experienced in carrying out due diligence on your firm.

Our un-named venture capitalist warned: “We ask for a data dump on customers. If you have a bad customer, I will find it. Don’t hide it.”

Take it from the expert

I have only been involved in a comparatively small number of fundraisings for early-stage ventures. Someone who actually works full-time on evaluating such opportunities, will have seen dozens or even hundreds throughout their career.

Despite my much more modest experience, I’ve come across several occasions where companies (and founders) screwed themselves up by not paying enough attention to three cardinal aspects:

Fundraising is neither science nor magic, but it’s hard work. You can spare yourself from a lot of hassle and financial damage if you follow a relatively small number of critical rules.

To repeat what our much-appreciated anonymous speaker said in another context: “Google is your friend.”

Since we now have all these fantastic tools to research the ins and outs of fundraising before starting to apply it, do make use of it. Reading this blog is probably a good start! There are also a number of similar articles that I recommend to you below.

If you enjoyed this, you might also find the following articles useful:

P.S.: Today’s blog article is based on my 30th (!) dinner with TableCrowd. They bring entrepreneurial people together for curated dinner discussions. One of my favourite things in London!

This fun, short interview I did with their blog describes it all in a bit more detail. 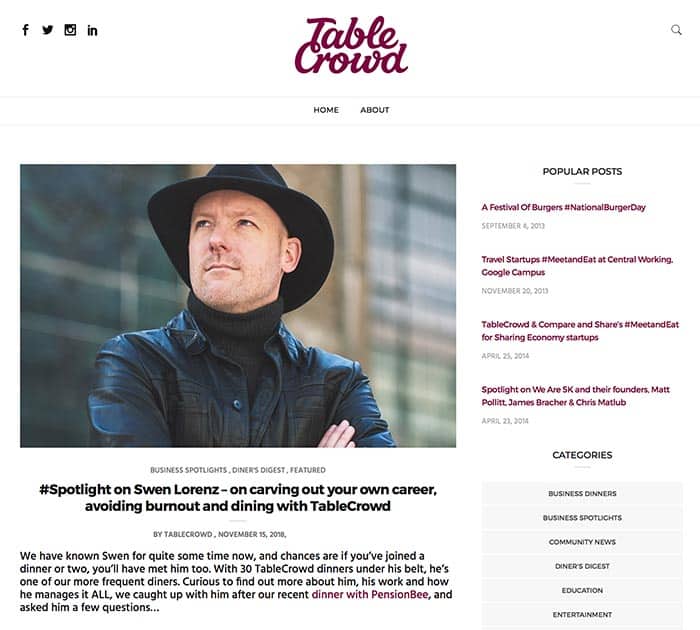 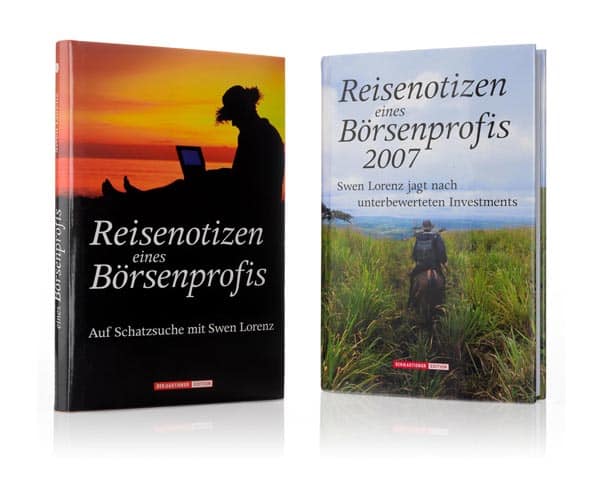