How to write while you sleep (really!)

I am the first to admit that the headline must strike you as clickbait. But at its core, writing while I sleep is exactly what helps me to produce loads of content for not just one, but two websites (one of which involves publishing a 20-100 page report every single month).

Here is the method that helped me increase my writing output by 30% to 50%, if not more.

I have been using this method for about a quarter of a century.

It all starts with prep work

The process of writing – or preparing for writing – is a very personal one. Everyone has their own way of going about it.

What does appear to be roughly the same for everyone is that writing breaks down into different phases:

For me, the biggest challenge is to digest a vast amount of research material. Not the least as I have to write two substantial articles a week, on top of a voluminous monthly research report (and I have recently written a book “on the side”, which is currently awaiting final editing).

I generate ideas by reading a lot and creating a folder on my laptop whenever a possible idea for an article crosses my path. I then gradually fill these folders with research material whenever I come across something vaguely related during my daily reading. Once I have made the decision to write an article about a particular subject, I add to my existing folder of (random) research material by going on a dedicated quest to find more information.

For me, the biggest challenge is to digest a vast amount of research material.

In the day and age of the Internet and search engines, filling your research folder with endless amounts of material usually isn’t much of a challenge. The difficulty sets in when you have to arrange a massive amount of researched information into the kind of informative, logical, and concise argument that readers expect from an article.

That’s the phase where I could quickly end up spending hours staring at my laptop and wondering how to write that damned first sentence, or what overall angle I should give to the article.

It’s for this challenging phase that I have turned sleep into my best friend and co-worker.

Give your brain the time to work for you

You have generated and developed a rough idea, and you have researched it thoroughly. Unless you are superhuman, you’ll then need a period of putting work on the backburner. It’s like the simmering process in the kitchen. Your brain needs a bit of time on its own so that the ingredients (facts and analysis) can slowly blend together.

To minimise how much time I need to spend on this process, I have turned sleep into a secret weapon of sorts. Whatever it is that goes on in the brain while we sleep, I am using an active, focussed approach of utilising it to my favour.

Before I go to sleep at night, I spend anywhere from 10-30 minutes on making sure my mind spends some of its mysterious night-time processing powers on the upcoming article while I sleep.

Here is how I achieve this in a few simple steps:

Whatever it is that then happens in my brain at night, I’d estimate that it makes me 30% to 50% more productive the following day when it comes to writing. I simply tend to have what I want to write about present in my mind already, and it just “flows”.

This is something that I had long done entirely intuitively, i.e., there wasn’t any particular book, mentor, YouTube series, or website that made me do this. I had already adopted this way of “working” (writing) sometime during the mid to late 1990s. Though funnily enough, around 2010 that I discovered someone else had actually written a book about this method. It had the apt title “How to write while you sleep” and was first published in 1985. A second edition was published in 1995, but nowadays you can only buy it as an out-of-print copy.

For the purpose of writing about it, I started to look into it more closely.

How could this possibly work? 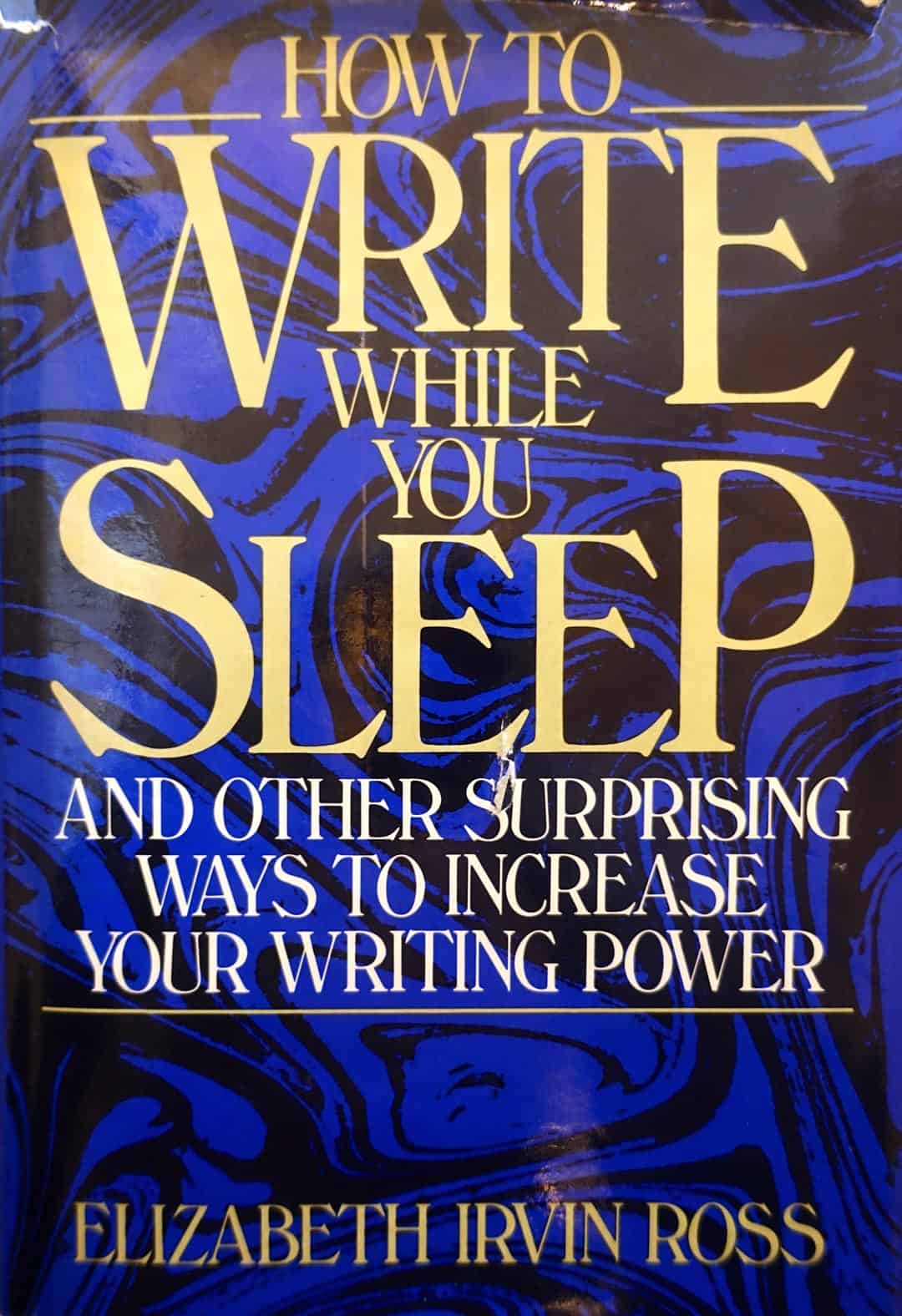 This out-of-print book continues to be useful today

Modern-day science is backing up this way of working

There are two different approaches to investigating and practising this method. One is very scientific and time-consuming, the other one quite superficial but practical.

I can point you to some resources to learn more about the former but will primarily focus on the latter.

The knowledge that you can have your brain do some weight-lifting for you while you sleep has been endorsed by a few great individuals. For example:

Folk wisdom about the brain making all sorts of connections (literally, as you’ll see) while being asleep or dealing with matters entirely unrelated to your subject, has also been around forever. “Sleep on it” is a common saying not just in English, but, notably, in almost every major language on earth! 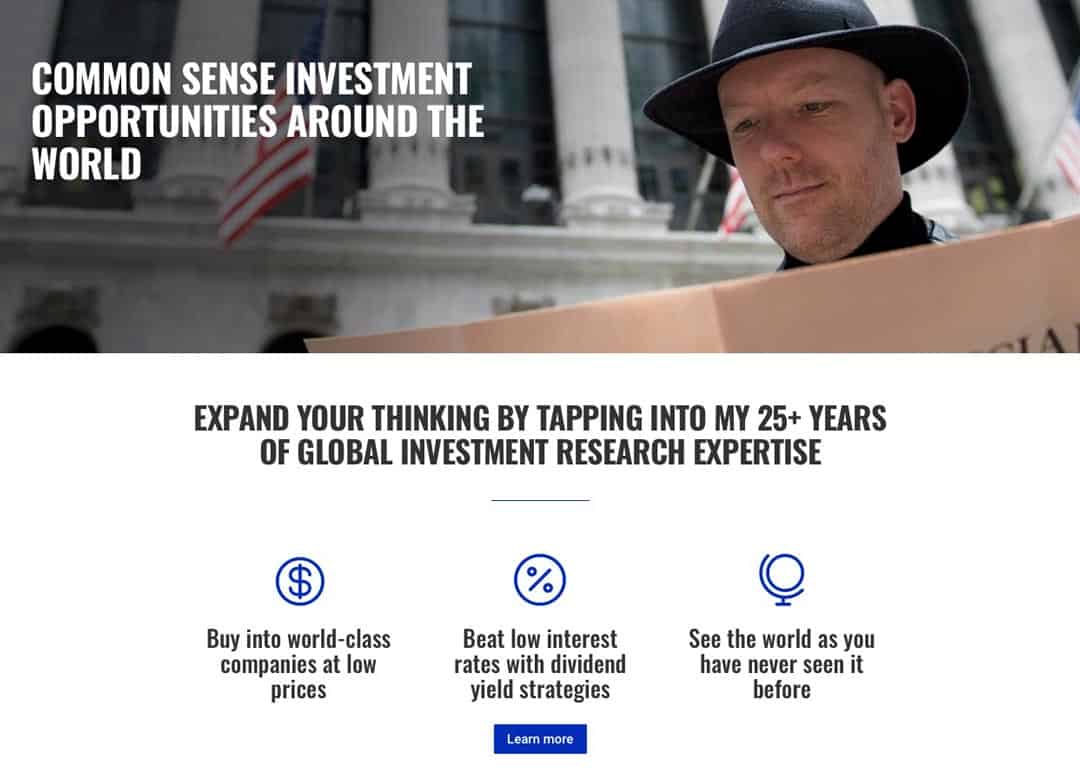 Learn more
Today, this perceived folk wisdom is getting reinforced by neuroscience. The person who has probably done more current scientific research on this than anyone else alive, is Matthew Walker, professor of neuroscience and psychology at the University of Berkeley. Walker has demonstrated that the REM phase of sleep is connected to problem-solving and that it is during this period of rest that novel connections between individual chunks of knowledge are formed. His global bestseller, “Why we sleep”, has made him a celebrity in the field of sleep research.

If you search the Internet for more information about all this, you’ll find that outside of the subject of writing, there is a myriad of ways that are getting promoted for tapping into these processes. E.g., bestselling author Tim Ferris explains how he uses his morning routine to tap into these aspects of the brain’s functions and get new insights.

“Sleep on it” is a common saying not just in English, but, notably, in almost every major language on earth!

For the purpose of this article, there is no need to delve deep into brain science. Personally, I was satisfied to find that there are enough scientific indications to make a credible case for my own writing method.

The main question is, how can you best make use of this for yourself?

Keep it simple, and practise!

Much as I’d love to offer you a magic bullet solution that you can implement right away, the truth is that most anything worthwhile requires a lot of repeat practice combined with careful introspection.

If you wish to learn swimming, you have to go into the water. If you want to write while you sleep (or pursue any other method aimed at increasing your output), you have to continuously work on it for a while and constantly analyse what works best for you.

The 1985 book “How to write while you sleep” will today appear to be quite quaint in some regards, but to my knowledge, it’s still the best and most detailed piece ever written about it. There are currently multiple copies available on Amazon and Abebooks.

I hazard a guess that if you pursued this method, you’d probably see some results after 4-6 weeks.

I have already given you my estimate to what degree I believe writing while I sleep makes me more productive – some 30% to 50% increased output. It’s a hand-waving guess, but I am confident that it’s an entirely realistic estimate and possibly even on the lower end.

I hazard a guess that if you pursued this method, you’d probably see some results after 4-6 weeks. Maybe faster, maybe slower. But it wouldn’t require years (though mere days probably wouldn’t be enough either). There may also be a few soft benefits to it. E.g., using the last 30 minutes before going to sleep to focus on your future output, can be an effective way to keep you from checking your mobile phone for the latest news or Instagram postings (or it may lead to your spouse walking out on you).

Last but not least, I can pinpoint the costs for using (or trying to use) this method: It’s either zero or very close to zero. Which, even if you manage to increase your output by only 10% or 20% (or equally, reduce the amount of time you have to spend on writing by 10% or 20%), is a pretty darn good investment!

If you liked this article, you will probably also enjoy: