When I put out my recent call to double the population of Sark, I had no idea that I was about to set off a global media avalanche. Sark, in case you didn’t know, is the small island in the English Channel that I call home.

First came the BBC, which reported about my collaboration with Sark’s hereditary Head of State, Major Christopher Beaumont (here is the verbatim transcript of my BBC radio interview; courtesy of the Sark Newspaper, PDF format 0.6 MB).. He is the 23rd Seigneur of Sark since the island became a self-governing Crown dependency in 1565. The BBC reported that the Seigneur has my back, and things went from there.

MailOnline, one of the world’s largest news websites, published an in-depth piece.

Insider, formerly known as Business Insider and long regarded as the world’s largest business blog, ran with the story, too.

Even a local TV station in the US reported about it. God only knows where else the story ended up.

Repopulating a jurisdiction by doubling its population is an unusual undertaking. The free Sark Newspaper called it “bold” in its 21 August 2020 issue (PDF, 3MB):

“Could this initiative be the catalyst for the beginning of Sark’s long-awaited economic recovery? All indications are that this is not just another of the numerous false dawns that have come and gone in recent years. This has all of the hallmarks of the real deal.“

An estimated 200m to 300m people (!) around the world will now be aware that Sark is in need of new residents and offers an incredible deal. Not bad for a blog written by a guy who works off his kitchen table! In today’s day and age, you can create PR worth a fortune if you have a laptop, a bit of digital publishing know-how, and a good idea.

If you are interested in the island’s fast-evolving story, here are three valuable sets of information for you.

1. The initiative is already taking off, but it’s still time to get in

Three weeks after I launched my campaign, it has already produced concrete results:

This is now the home of one of my readers!

Locally, a lot has happened, too:

Sark is still a ground-floor opportunity and will remain so for a while longer. There is a LOT of empty real estate on the island. My guess is that the first 50 new settlers on Sark will get the greatest deals. Thereafter, we’ll see price increases for both rentals and purchases.

If Sark sounds like an option for you – be it for investment or residence – then I recommend you act over the coming six months. The winter months are even more of a buyer’s market on Sark because of the lack of tourism income.

Be careful, though. Don’t let local sellers pull the wool over your eyes. Don’t waste your money trying to find out everything by yourself.

My guess is that the first 50 new settlers on Sark will get the greatest deals.

I know the ins and outs of this opaque market and can procure information that you would never be able to source yourself. I already helped one reader avoid a scam that someone from outside of the island is directing at people who are interested in Sark. Don’t learn lessons the hard, expensive way. Get some expert advice – such as from yours truly.

To help you get a foot in the door (almost literally!), I’m extending the discounted offer for my Sark Society membership programme. For a short time only (i.e., until 1 September 2020), you can still get in for the reduced rate of USD 1,300 (20% off the regular membership fee). The hardcopy manuals, which form part of the membership package, will be dispatched from next week, and you can still be among the first members to receive it.

Over 25 people have already joined, and I’ll soon pause marketing for a while to focus on supporting those new “settlers”. I’ll answer their questions, I’ll pick up the phone for them, I’ll let them know of some new properties that aren’t advertised publicly… This is a support package unlike anything you have ever been offered – and for USD 1,300, it really is a steal!

2. Free video with advice and insights

You can learn more about the ins and outs of Sark by watching the 51-minute conversation I recorded with Ladislas Maurice, author of The Wandering Investor.

Ladislas is an exceptional talent within the blogosphere. Despite being only 34 years old, he already lives a life as world-travelling property investor. Through his website, he makes available high-quality content about issues relating to residencies in safe-haven countries and investments in undervalued real estate.

Like myself, Ladislas always reminds his readers of three cardinal rules:

I wanted him to have the first in-depth interview with me about Sark, knowing that he was going to ask the kind of questions that readers would care about. The Mainstream media are great for generating broad attention; however, for in-depth, intelligent conversations, you nowadays primarily have to turn to independent content creators.

Watch the conversation and judge for yourself.

The Sark opportunity will be available for years to come, if only at rising prices.

However, EU citizens really ought to make up their mind soon.

Until 31 December 2020, EU/EEA/Swiss citizens can get into Sark through a simple process (and even apply for citizenship after five years). From 1 January 2021 onwards, they’ll need a visa to move to Sark – and that’ll be a whole different ball game.

For the first batch of people who are signing up to the Sark Society over the coming months, I’ll be pulling out all the stops.

Based on the countless emails I received, I know that a significant percentage of my readers are wondering if it wouldn’t be safer to move A&A (“ass and assets”) to somewhere outside of the coming European superstate. Those who do, often say that even Switzerland is no longer what it used to be and are now looking for new options to turn to. For the coming globalist hellscape that will be the post-corona era, you will have to look further afield to find a safe haven. Switzerland used to be fairly isolated both geographically and politically, but nowadays it isn’t anymore.

Never mind all the other good reasons to consider a Sark residency.

For the first batch of people who are signing up to the Sark Society over the coming months, I’ll be pulling out all the stops. I’d love to have like-minded neighbours (three of the eight houses on my street are empty!) and help Sark become the success that it deserves to be.

Sark could change your life, as it has mine.

But you need to make it happen yourself.

Stay abreast of this story

Sark could turn into a life-changing discovery for you. That’s why I wanted to provide a follow-up for those who are still hesitant.

The ongoing reporting on Sark will mostly happen on this website, but more likely through an article every month or so, rather than overly frequent updates.

If you’d like to keep informed about the island that I call home, I suggest you stay tuned!

If you enjoyed this article, you will probably also like: 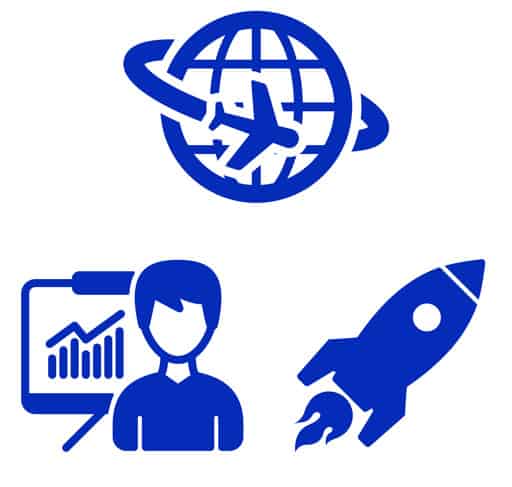 Coming up: My trilogy of investment books